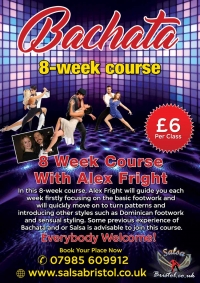 I took my first official dance teacher exam and received my qualifications as an associate of the national teachers of dance (NATD AFD) in 1989-91; which is a licence to teach 'free dance'.

I studied and trained for 12 years.

I learned to dance then taught to teach, which also included anatomy, respiratory, history in rhythm and movement.

Like many of my peers and colleagues performing has always inspired me, alongside that I have always enjoyed helping others to perform just as strongly, hence my enthusiastic teaching techniques and styles.

I toured the UK with own dance troupe 'Rhythm of the Night' during the 90s.

Novice or pro, "I've done it, and loved it" creating original pieces in many different genres of dance.

I thrive on motivating audiences of all ages and im well known for making even the quietest people and couples relax and enjoy themselves.

The size of the audience does not matter, if a party atmosphere is needed then one will be created!

I can't sing, I have performed as "Leroy" from the musical "Fame" for 8 shows, but if its entertainment you want I try to make it my job to supply......"simples"!

I have progressed to performing on international stages such as "V" Festival UK, Maltese and Italian TV Shows, South Korea in the World Music and Arts festival, Switzerland and Germany, 5 years at the Glastonbury Festival and Latin/Salsa congresses (international and UK).

I choreographed and performed in a Burger King Advert, showcased live at the NEC Birmingham, backing danced for the "Dream Team" from Radio One, performed at film premieres, entertained at the Fantasia Annual Ball (twice), 18-30 reunion party performers, the list is long and varied...

I do corporate functions to private sector, commercial to local.

My friends and family are mostly DJs and musical artists, singers and entertainers, so I eventually had to stop dancing and get behind the decks.

So I thank all of the above for all that subliminal training over the last 3 decades.

Weddings, private bookings, nightclubs, festivals (in the UK and Europe).

Booked as an all rounder and loving the success I have so far achieved.

As eclectic in my music as I am with my dance.

Have Mcd for bands and DJs as I have never been called microphone shy. The 'late great' Ivanhoe Campbell used my skills on his radio show and road shows back in the mid 80s. The band EMF on return from the successful US tour formed a band called "milfzone", penned 2 songs and performed them on their only album under that guise.

I have work as a 'voice over tec' for many years. As well as adjudicating and compering have even had the pleasure of being an auctioneer for a celebrity charity show. I regularly teach using 'rap' as an entertaining way to explain the moves which earned me the title of KPA (King Party Animal).

Not quite Simon Cowell more Led Goodman but an experienced dance judge in many forms of dance, always a pleasure to attend and see the progress and interpretation of the arts.

I have been scrutinised and judged by many inspirational performers, teachers and professionals and have always appreciated honest and unbiased opinions, yet positive criticism must always be part of the progress.

I hope that is why I'm recalled so often.